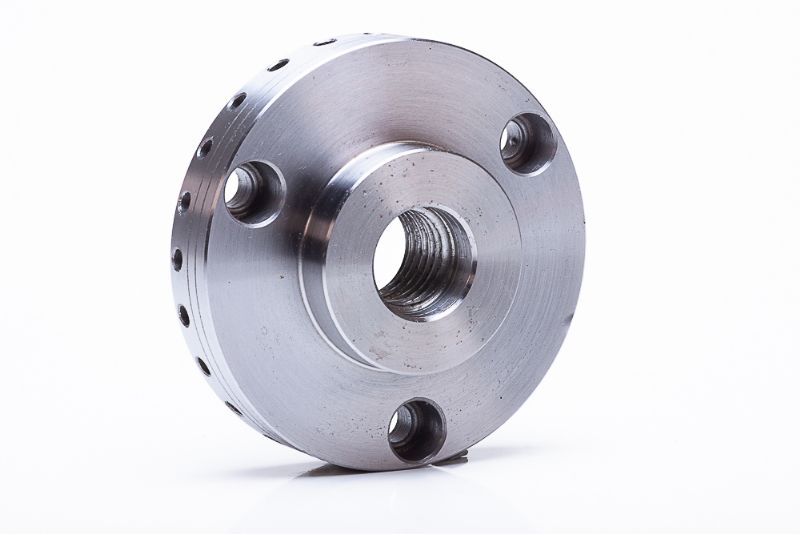 Lathes using this thread include the many Jet lathes; many Axmisnter (APTC) lathes; Nova Comet, Wivamac lathes made for the US market, Jet, Sorby in certain markets, most Delta lathes, Oneway 1224 and 1236D inboard, and some Scheppach lathes. This is arguably the spindle size in most widespread use in the 'non-metric' world today.

This Versachuck backplate also fits other chucks that use the ISO standard Pratt Burnerd 4" system, including the Axminster Precision chuck and the Axmister Super Precision chuck, as well as many engineering chucks.