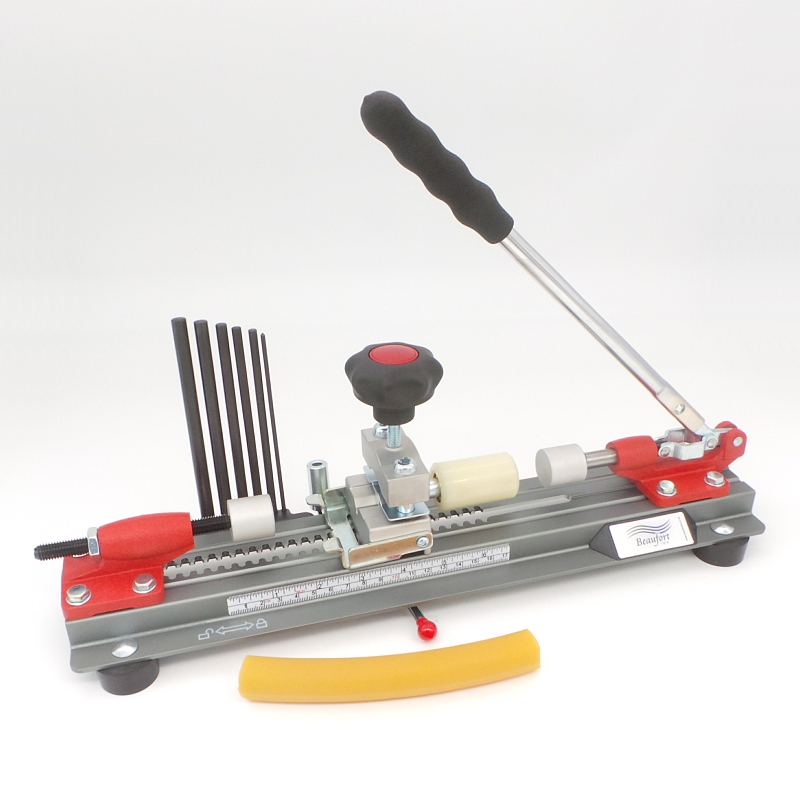 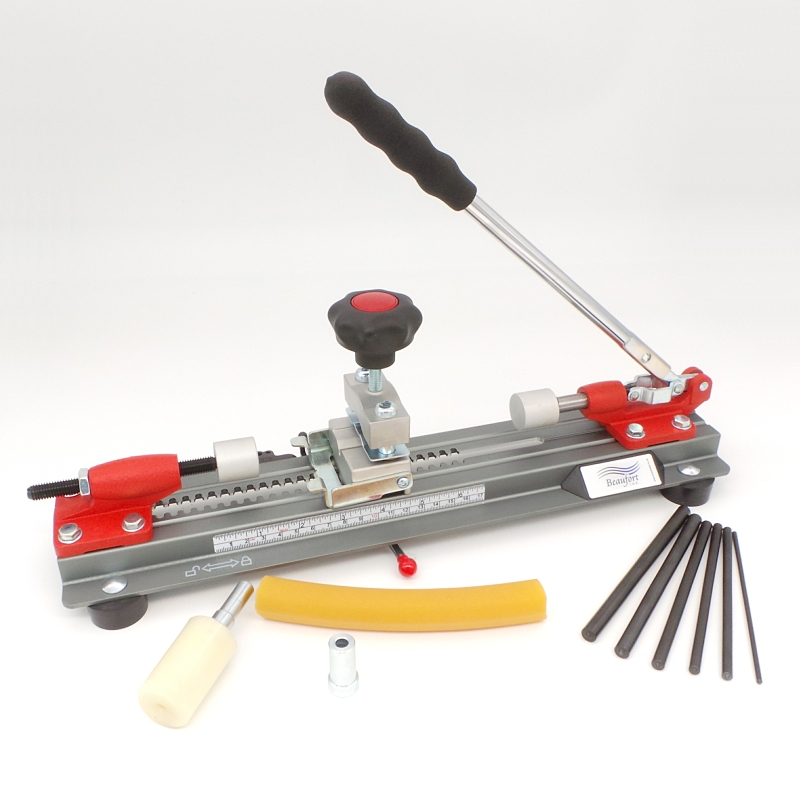 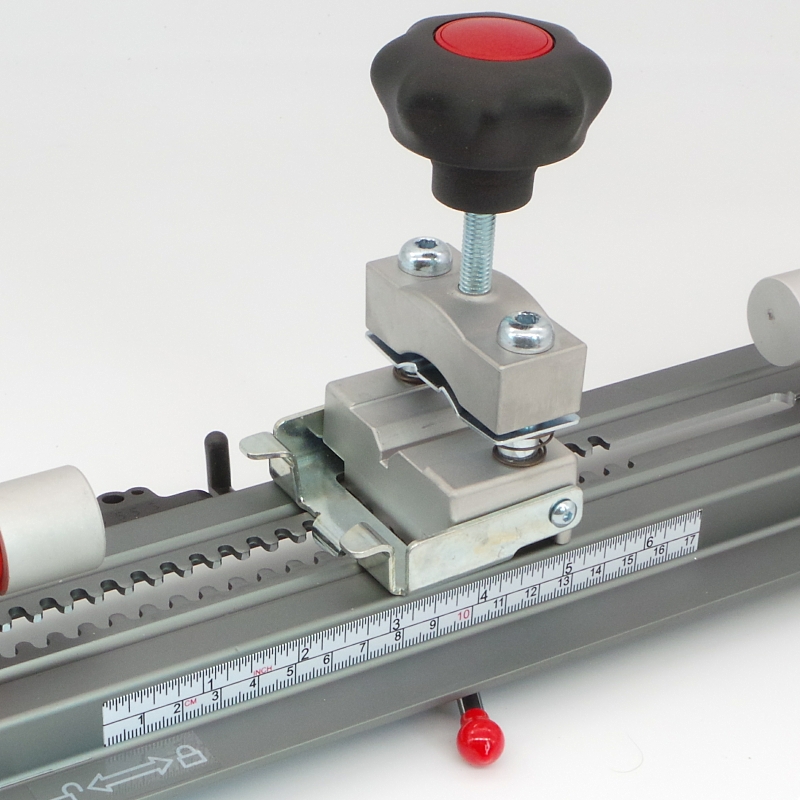 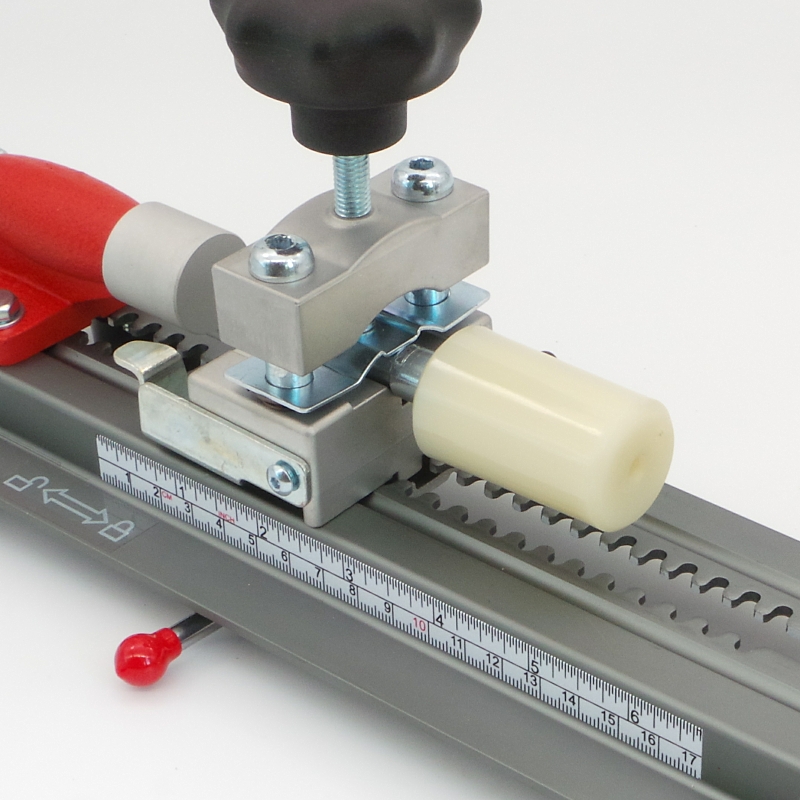 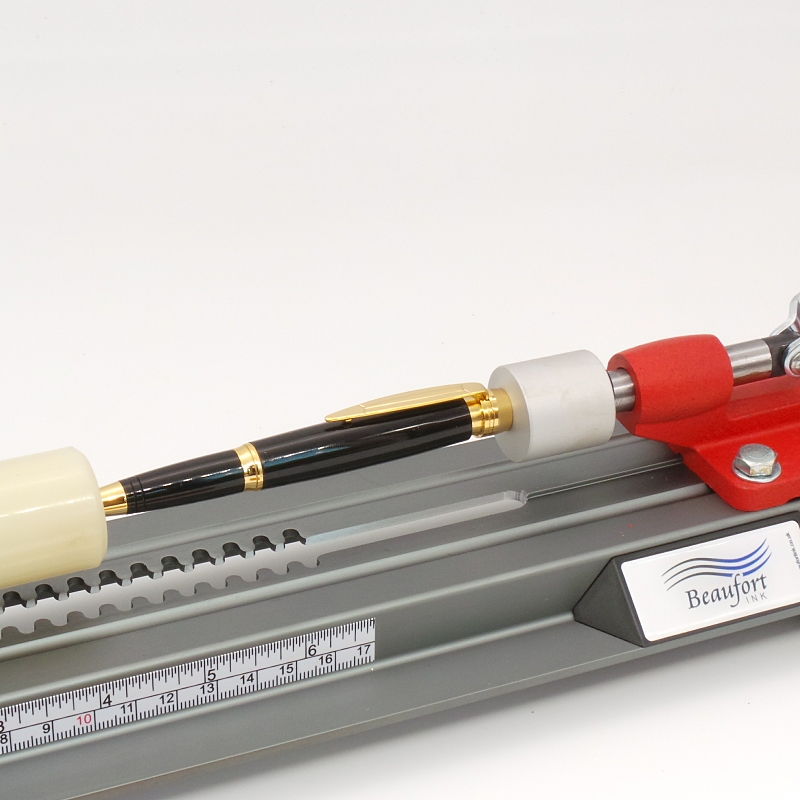 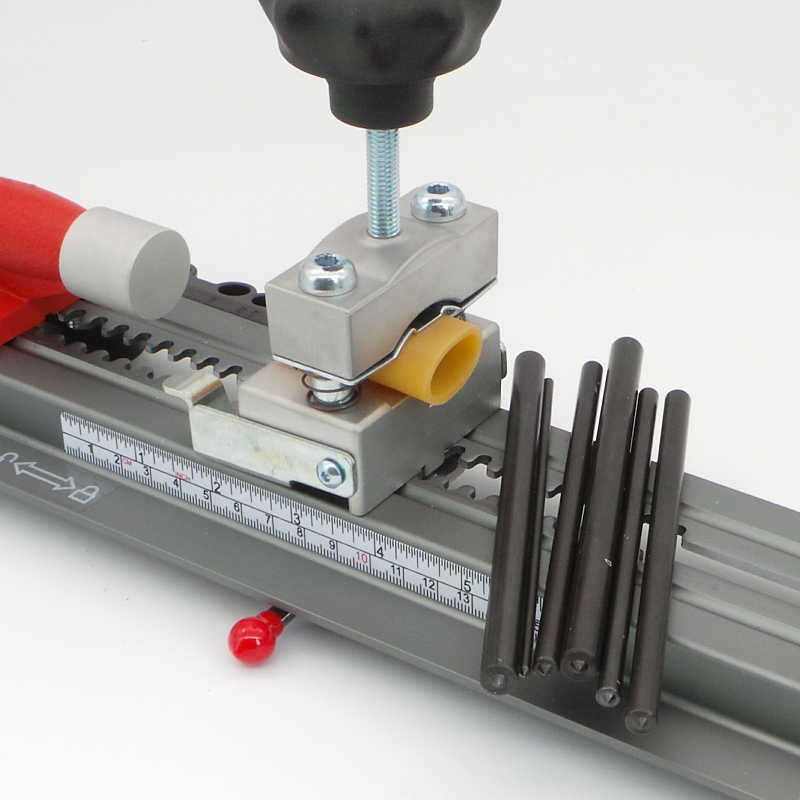 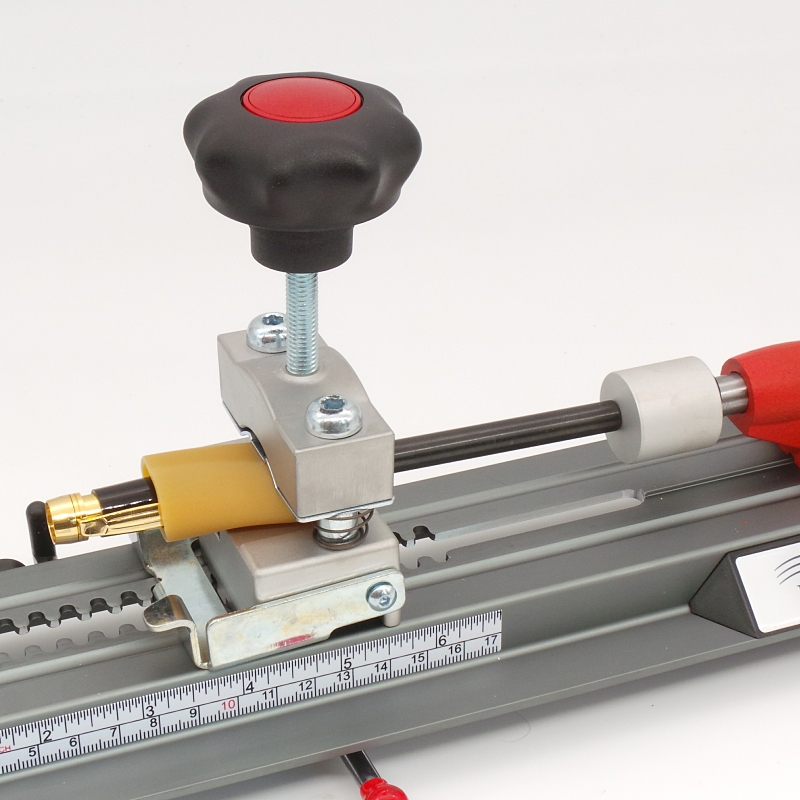 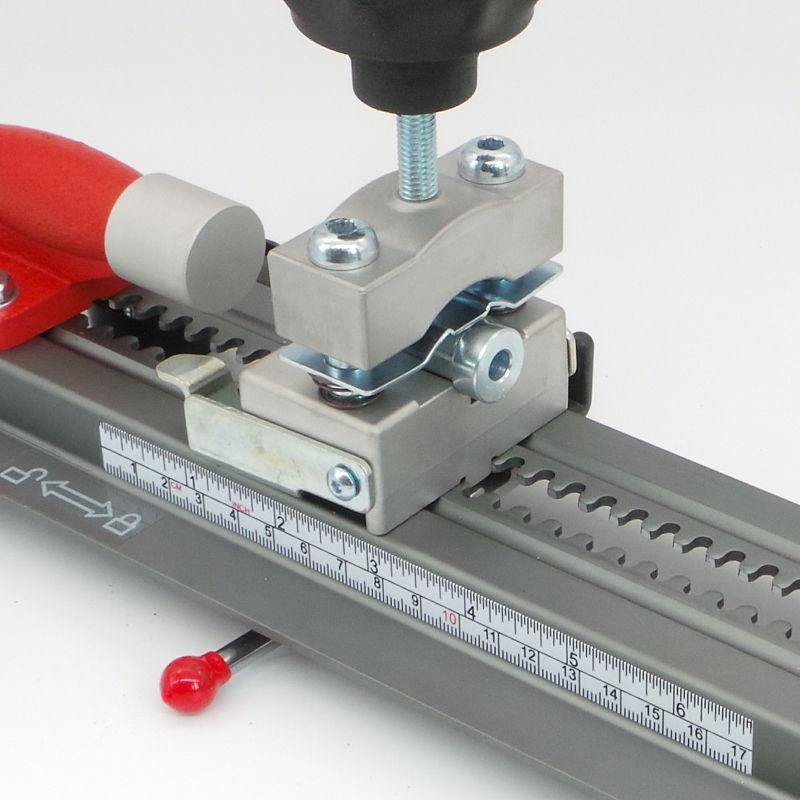 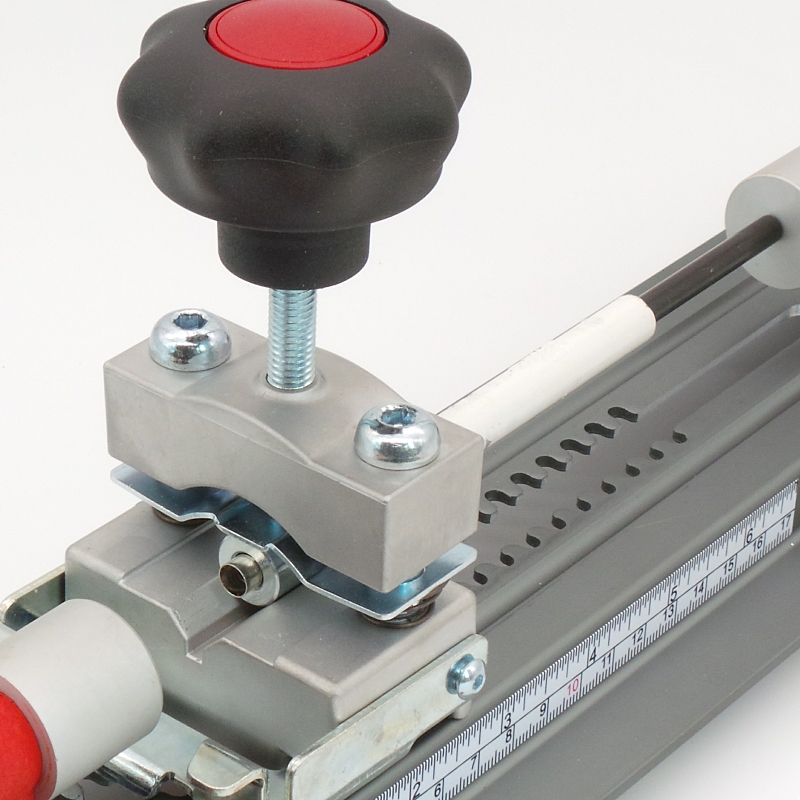 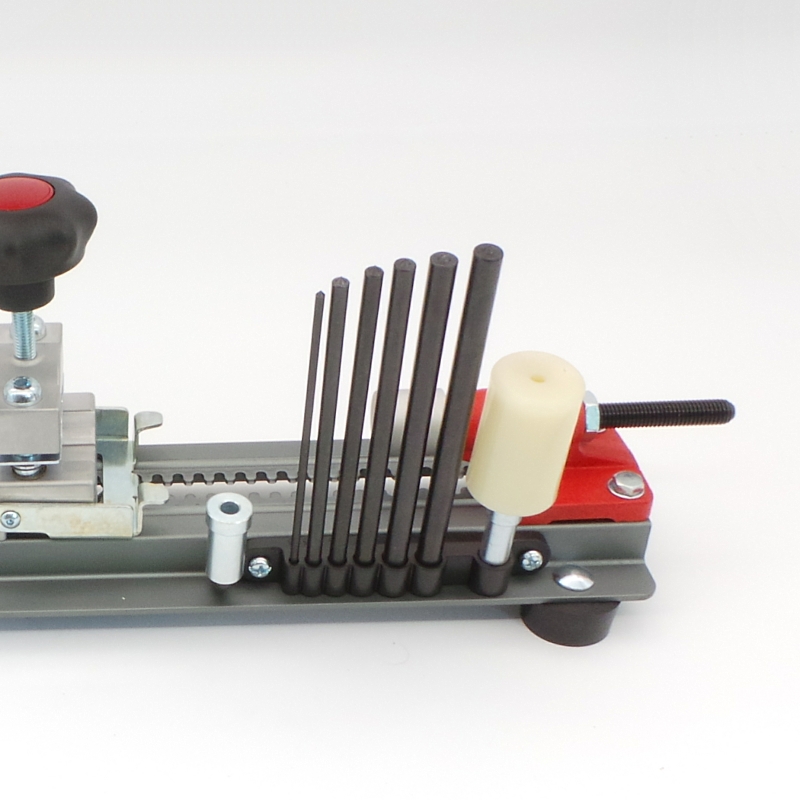 Featuring cast buffer carriages instead of the usual flimsy toggle clamps that are found on traditional pen presses, the 3mm gauge steel base is accurately milled  with a rack along its spine, to allow fast repositioning of a sliding sled in order to accommodate pen kits of different lengths.

The sliding sled can be locked in position and holds interchangeable accessories to allow quick and easy switching between tasks. The accessories consist of a spring loaded, nylon buffer for pen assembly, six disassembly rods of varying diameters, a rubber gripping tube and a slimline mechanism removal bushing, all for disassembly.

If you already have your own transfer punches for disassembly, they can also be used in conjunction with this pen press, with the pen held firmly in place instead of trying to grip it by hand.

The main work of the pen press is done between the sliding sled and the piston buffer, which features a substantial steel handle and ergonomic grip, but there is also a rear buffer which can be extended to give extra support to the sliding sled should it be required.

The whole pen press is mounted on wide, non-slip rubber feet, which can be removed if you prefer to bolt it to your workbench, and also features a convenient storage area to keep all the accessories in one place without getting lost.