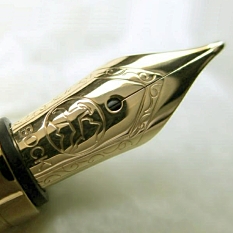 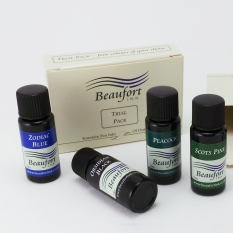 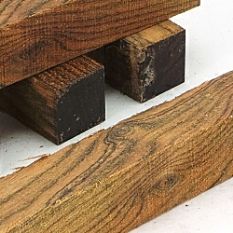 A bit of downtime for us as we stop for a few days over the festive period. It's been quite a year - we've moved premises  - twice, and we've had our busiest year ever. Our website will be open for business as usual over the festive period, and we'll be back to work on 2nd January. It's you, our customers who've given us our busiest year ever though, and we'd like to take this opporunity to thank you for all the support you've given us, and to wish you

My word - what talented customers we have!

Take a look at Garcia-Deschacht and the amazing handmade fountain pens they produce. We’ve been working with Laura and Andy since the start of their journey, supplying them with tooling, fountain pen nibs, pen blanks, ink converters etc. We came across an interview the other day, which we thought you may like to read too - what absolutely beautiful pens they produce (and not a bad showcase for some of our products either, it has to be said). Without a doubt, one of a kind,

Take a look at our view of the world

Having been spoiled with the scenic value of the Highlands of Scotland for the past several yeras, do we miss it? Yes, of course we do. But when you have this view to feast your eyes on every time you look up from your computer screen, life can't be too bad can it! Exmoor is beautiful, and our little part of it, looking straight down the Exe Valley, frankly takes a lot of beating.   Exmoor in late winter. The view from our office

Wishing you a happy and peaceful Christmas

They really don't get much more impressive than this!

Get more sparkle from your pen blanks

A Beaufort Leveche in another of the new plating colours - this one is gunmetal, and the blank is a DiamondCast Silver series called "Queen City Silver" which contains real silver particles that shimmer in the light. Check out our new Leveche pen kit plating options here     A Beaufort Leveche fountain pen in a DiamondCast Silver Series pen blank, containing real diamond and silver particles   DiamondCast blanks are easy to turn and have no

Gilded Mistrals – Different and worth a look

Well, here’s something a bit different. Pen makers have been casting pen blanks for years, traditionally from coloured acrylics but more recently also using images applied to tubes, then sealed in a clear resin Our thanks to Patrick R for allowing us to share his photo, which shows a pair of Beaufort Mistral pens, made from oak, then covered in gold leaf. His method was to turn the oak to a size smaller than the bushes, apply the gold leaf – one of them here is yellow gold,

How to build a custom steampunk fountain pen

With thanks to Vasilev Eftim who sent us this link to the processes he used to create this outstanding pen he’s just made. You’ll need your Google translator if you don’t happen to speak Russian, but it’s most definitely well worth a look. http://steampunker.ru/blog/our_workshop/15287.html   Custom steampunk fountain pen by Vasilef Eftim

Send Our Blog Posts To Your Inbox
Online - Start Chat?